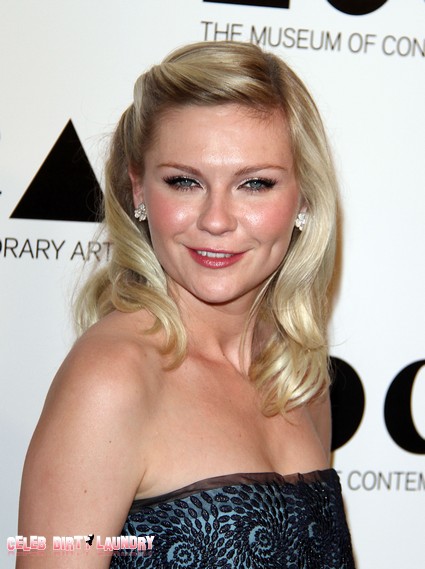 Kristen Dunst has been granted a temporary protection order against the 51-year-old French man whom she alleges has been stocking her.  “I am frightened for my safety, as well as the safety of my family and friends who visit my home,” Dunst wrote in a court filing. “I am worried that Mr. Prudhon will escalate his conduct further, putting myself and my family in danger.”

In the court documents, Dunst claims that Jean Christophe Prudhon from Dijon, France has written her more than fifty love letters, has tried to call her several times and has even flown to the United States five times to see her. According to the Melancholia star, Mr. Prudhon has approached her house a number of times and has even confronted her mother, Inez Dunst, on her doorstep. Dunst’s security personnel have warned Prudhon to stay away, but he has not listened.

In the court declaration, Inez Dunst writes the Prudhon “is clearly mentally ill” and that the letters he sent to Kirsten are “frightening and harassing.” She asserts that he wrote of selling his house in order to afford to travel to see the actress in person.

The temporary order given by the L.A. Superior Court Judge Carol Boas Goodson forces Prudhem to stay 100 yards for Dunst and her mother. Goodson will consider whether to grant a three-year restraining order request at a hearing on December 21st.