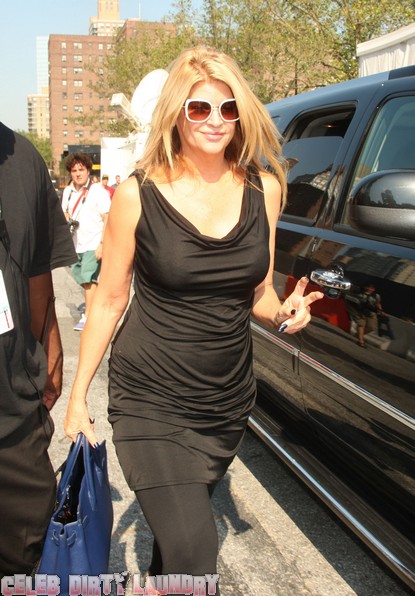 Kirstie Alley has lost a total of 100 pounds since appearing on the last season of Dancing With The Stars. Now, she’s revealing that she didn’t want to have sex when she was “fat”.

She has claimed to be a size four or six, depending on which day of the week it is. Ha. According to her new interview with People, she didn’t want any “fat sex”.

She said, “I didn’t like the way I looked, and I didn’t want to have fat sex. My body had gotten really weak. There was nothing positive about being fat. I feel back to normal. I have my game again.”

As far as future prospects with the opposite sex, she said, “What I’m looking for is to be madly, deeply in love. For the first time in my life, I know exactly what I want in a man. I want someone who has my back, who is courageous and brave.”

So I take it fatties are off limits? And we have to admit, she does look good now. Good for her on reaching her weight loss goals.