Kirstie Alley To Star In new Sitcom – But Which One? 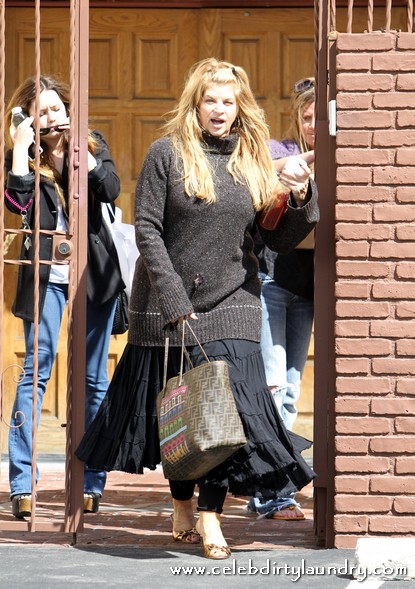 Kirstie Alley, the 60-year-old American actress and Dancing With The Stars contestant, has revealed that she has two sitcom projects in the works.  Kirstie Alley claims that both TV Land and HBO are developing shows for her to choose from, marking her return to scripted television.

Speaking to AOL the ‘Cheers’ star confirmed that writing on both shows is underway, saying, “I have a series being written for me right now that I really love the concept of.” “They’re doing it for TV Land and I like those guys.  They are really bringing comedy back.  I also have some people writing a potential series for me for HBO.  But I really want to do movies”.

Alley previously starred in the popular sitcom ‘Veronica’s Closet’, but is best known for her portrayal of ‘Rebecca Howe’ on the hugely successful ‘Cheers’.  The 60-year-old has also suggested that she would like to make the foray onto Broadway after her time on Dancing With The Stars ends.  Hopefully NOT as a chorus girl… .

The actress made a strong start to the hit dancing competition, but has since found herself languishing towards the bottom of the leader-board.  As well as her television roles, Kirstie Alley also starred in the popular ‘Look Who’s Talking’ movies with John Travolta.  She was nominated for a ‘Saturn Award’ for her performance in the 1984 movie.

Kistie Alley is a scientologist and in 2007 she gave $5 million to the Church of Scientology.