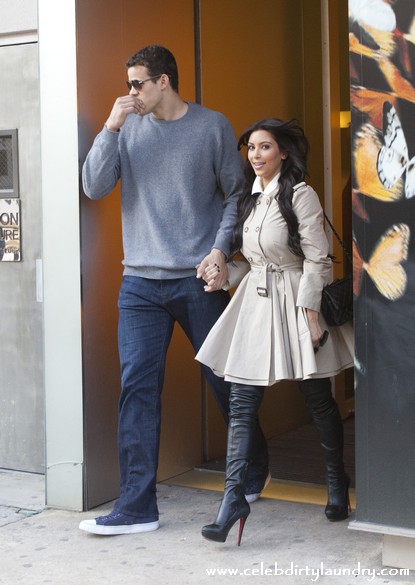 Kris Humphries might not be a really big star for the New Jersey Nets but he is slated to play a larger role in this season’s upcoming Kardashian ‘reality’ shows.

The power forward will get his time in the spotlight on E! this summer, as Kim Kardashian confirms that we’ll be seeing more of her tall boyfriend on the new season of the family’s overly scripted reality show.

“Kris is in my life, so he will be on it a little bit, he won’t be the main focus of the show or anything, but the reality of my life is that he is in it, so yeah, he will be on the show.”

Rumors of an engagement for the couple coming soon continue to persist. Would Kris have a problem adjusting to such a public life? Not according to Kim who said of shooting the new season:  “It was a good test for him. He is totally fine with it and he makes it easy.”

All I can say is that if Kris has even one active brain cell he will NOT marry Kardashian. Run Kris run – save yourself!