Kris Humphries Wants Kim Kardashian To Push Out Some Babies 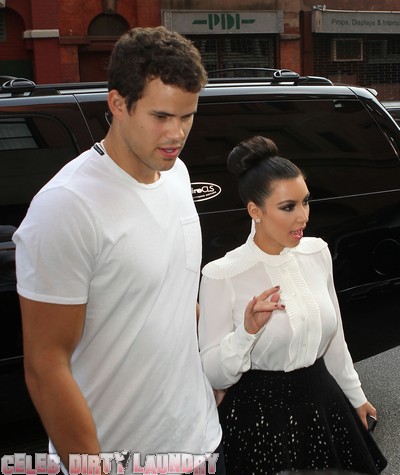 Reality star Kim Kardashian and Kris Humphries have only been married since August 20th, but he’s already pressuring her to start pumping out some babies. Heck, she has already shown her baby maker to the world, so why not squirt out some rugrats, right?

Kris has even tried to get Kim to move to a much quieter location, instead of having to put up with the paparazzi lifestyle on a daily basis. He told her, “Maybe you should just move to Minnesota with me. We could move into my little house on the lake, we could just start popping out babies.”

It’s the baby buzz portion of the Kardashian Guide to Making Millions from the stupid masses!

Of course, Kim has previously said that she wants babies. She said, “I seriously thought by the time I was thirty, I would have one and a bun in the oven. I cannot wait to have a baby just like Mason.”

I’m still of the belief that Kris is just an actor on this craptastic reality ride and secretly, she’s hooking up with some other dude. But that’s just a guess. Everything about this whole thing reeks of being fake, fake, fake.