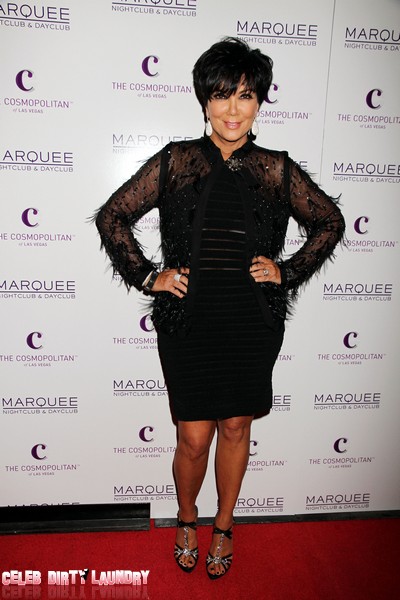 Kris Jenner has admitted to Jay Leno to cheating wildly on her first husband Robert Kardashain – and it’s all to promote her trashy new autobiography ‘Kris Jenner And All Things Kardashian.’

A quick run through the book shows that Kris was always a slut. In fact she was sleeping with Robert, who was about 10 years her elder, when she was only a teenager and sleeping over at his house. But after they had been dating for a while, Robert’s Christian beliefs supposedly put a halt to their sex life. Kris claims Robert kicked her out of his bed and refused to have sex with her again until they married.

You have realize that Kim Kardashian’s marvelous character can be at least partially traced to her great upbringing… .

Of course Kris married Robert, and they divorced after 14 years of marriage once Robert found out that Kris was having a secret affair with a younger man named Ryan.

She writes: ‘I don’t know why I was having a mid-life crisis at 30, but I was.  His name was Ryan and he was a producer. We had wild sex everywhere, all the time. One morning, Robert had me followed. He found us at a restaurant.’

When the affair was all out in the open, Robert canceled all of Kris’ credit cards, even the one to the grocery store. This left Kris with nothing, she says, except 4 young children to raise on no income. She claims this was when she became the money-grubbing famewhore she has remained until this day.

Kris went on to marry Olympic champion Bruce Jenner just five months after they were set up on a blind date.

When we see the generally nauseating behavior of the Kardashain sisters one has to ask the question – is it bred in the bone?