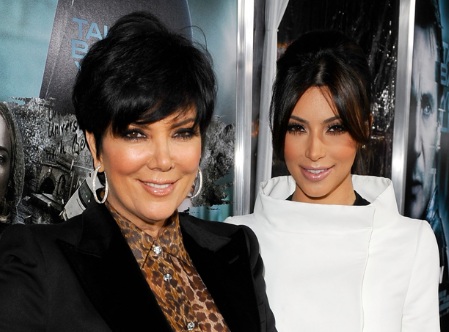 “Momager” Kris Jenner, famously known as the matriarch in the Kardashian family reality TV series on E!, Keeping Up With The Kardashians.  Not too long ago, Kim Kardashian announced her engagement to Kris Humphries and while the wedding is ‘rumored’ to be taking place on August 20th, mother Kris wants to look her best.

This involves just a minor facelift, no biggie.  Naturally the surgery was captured for the show (as was the ‘surprise’ engagement), and will air this upcoming Sunday.  In a sneak clip from the episode, Kris was shown becoming quite emotional when faced with the thought of going under the knife.  Anesthesia is usually needed for cosmetic surgery, and going under the knife is always a risk that one must undergo.  Are her tears for reals or just for TV?  Whatever the case, they definitely make for good ol’ Kardashian drama!  I wonder what my mom would do when I ever get married?  On second thought, I don’t want to know..

So fans don’t have to fear, Kris came out of surgery just dandy, and a month later she was spotted by photogs today looking refreshed and renewed and all smiles for the camera while making a pit stop at the family-owned store Dash.  Nothing dramatic there folks, just a little fresher-upper!

Check out the pics of Kris out and about, as well as the clip from the upcoming KUWTK episode and watch Kris face her surgery head on with her supportive fam!