Kristen Stewart and Robert Pattinson Seen Partying The Night Away 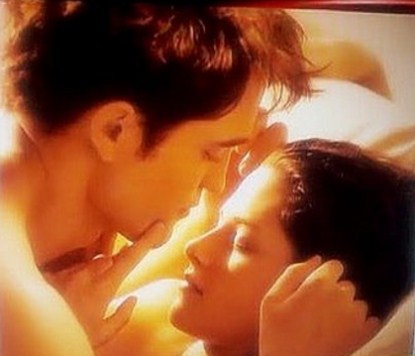 Twilight star’s Kristen Stewart and Robert Pattinson have to be the most talked about couple.  Rumor had it they broke up last week that Kristen wanted a break from Robert.  Apparently all the filming together was getting to her.    Right after that report there were rumors that the two were engaged.    Now it seems they were seen partying the night away.

Vampires know how to party — at least that’s what the cast of Breaking Dawn is tweeting! Vampires and werewolves came together Jan. 8, for what cast members are calling “a crazy fun Saturday night!” We know the Volturi and Cullens were shooting their promotional posters that same day, so it seems they threw a bash after! It’s probably likely that it was also a bit of a going away party too, since most of the Volturi scenes have been shot, and Dakota Fanning will be leaving!

hmmm wonder what the truth is here – one minute they are breaking up, the next engaged, the next partying.  You know for sure we will keep you posted.  For an added bonus today we have for you a picture of Robert & Kristen in bed filming Breaking Dawn.  Enjoy!