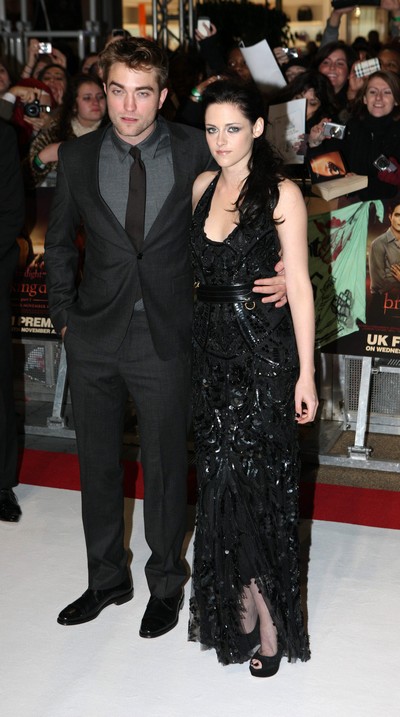 Robert Pattinson and Kristen Stewart appear to be making their love affair permanent – could a wedding announcement be on the horizon? The ‘Twilight’ leading couple are now sharing a luxurious apartment in the snazzy Notting Hill neighborhood of West London.

The couple – who play on-screen lovers Edward Cullen and Bella Swan are renting a flat in the English capital’s Notting Hill area, to use as a base when they are in Europe, according to the MailOnline.

The spacious flat has an open plan kitchen, modern decor throughout, and a master bedroom with a large bed, comfy arm chairs and a stylish dressing table.

The stylish apartment also has a second bedroom, an open plan living area and a large rooftop terrace which offers fantastic views over the city.

London-born Robert, 25, likes to spend as much time in his home country as he can, and American Kristen, 21, has been based in the UK recently while filming ‘Snow White and the Huntsman.’

The couple were reunited in London last week to attend the British premiere of ‘The Twilight Saga Breaking Dawn – Part 1.’

Robert and Kristen were also spotted out on a date on Monday night, watching folk singer Laura Marling at the exclusive Soho House members’ club, where they caused a stir with staff by turning up dressed in casual hoodies and jeans.

A source told The Sun newspaper: “It took a while for staff to realise who they were. Once in, they kept it low-key by standing at the back sipping pints. You’d never have guessed they were film stars.”

The couple were said to be celebrating the end of their promotional tour for their film.

Kristen and Robert could be the next Hollywood power couple – Angelina Jolie and Brad Pitt move over.