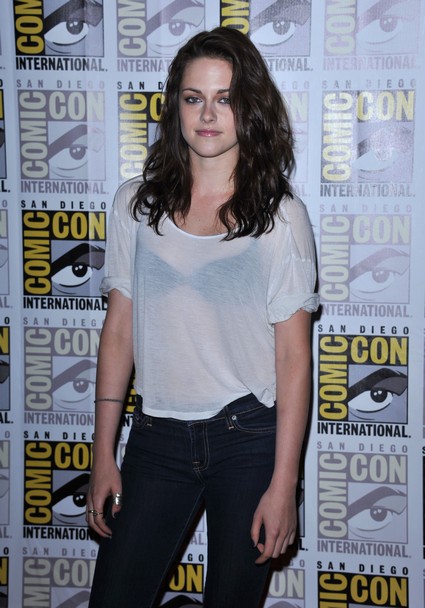 Kristen Stewart has been “building up” to her ‘Twilight’ wedding since she was 17.  Kristen Stewart is now 21-years-old and the actress admits she had been waiting to shoot scenes for the fourth film in the series, ‘The Twilight Saga: Breaking Dawn part 1’ – where her character, Bella Swan, marries vampire Edward Cullen and gives birth to his child – since she started work on the franchise.

She said: “I’ve been building up to these moments for four years. I was 17 when I started this movie.  This one is really loaded with those cathartic, impactful, huge moments and they’re not all completely fantasy. They’re very rooted in a reality that I can completely see myself in, and anyone. Anyone who reads the books can imagine them.”

Kristen also explained how the story stays true to the original book by Stephenie Meyer, but features a few added surprises for fans.

Speaking at Comic-Con in San Diego yesterday she said: “I do feel it’s very close to the book and a really sincere telling of the story. At the same time, we added bits. There are surprises that surprise me too, even in the iconic bits, in the wedding, in the honeymoon.”