Kristen Stewart’s Out Of Control Swearing And Cursing 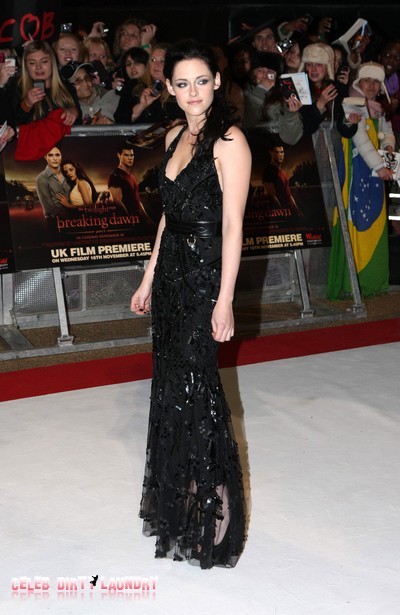 Kristen Stewart jokingly says that she has Tourette’s syndrome when she attempts to explain her out-of-control swearing on the set of ‘The Twilight Saga Breaking Dawn – Part 1.’

The 21-year-old Kristen needed to keep a ‘swear jar’ on the set in order to help her keep her obscenities to a minimum. Bella Swan becomes a mother in the latest installment of the Twilight franchise, so she had a lot of scenes with a young child, leading her to make an extra, although not entirely successful, effort not to use curse words.

She told Empireonline.com: “I have, like, Tourette’s syndrome. I get so mad sometimes if I can’t get something. I have a child in Breaking Dawn and I constantly swear, so there is a swear jar on set that just I ended up paying into.  Every single time she’d go, ‘I know what you just said!’ and I’d say, ‘No, you didn’t! You didn’t hear that!'”

Now that filming has finished on the ‘Twilight’ series, Kristen has moved onto other films, appearing in ‘On the Road’ and ‘Snow White and the Huntsman’, which has seen her move a further out of her comfort zone to embrace more diverse characters.

Kristen – who is in a relationship with her ‘Twilight’ co-star Robert Pattinson – added: “Well I have had a lot of experience playing very contemporary, very close to myself relateable parts, but I find that I have to have that feeling even if it is placed in a different context such as Snow White which is fantastical.”

“I’m not, at least not yet, a character actor. But the last few parts that I have played, like I just played Marylou in ‘On the Road’, were so completely different to who I am that it made me realise I can push myself a little more.”

“I can probably do things that aren’t within my comfort zone. Not that I try to stay there! It’s just that when you are a particular person you connect to certain things.”

Keep that swearing down Kristen – or you might get bitten!