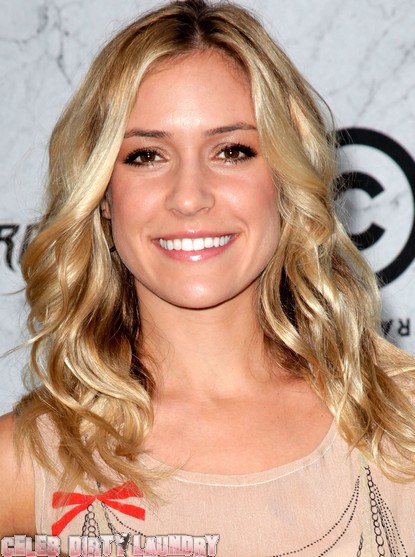 Kristin Cavallari really busted out the moves on last night’s episode of Dancing With The Stars — and her ex-fiancee, Jay Cutler was there to cheer her on!

They were engaged to be married and made the announcement in April, but Jay called the wedding off at the end of July. An inside snitch said, “He decided he didn’t want her anymore.”

As she performed her dance with professional dancer Mark Ballas, the camera panned to the audience, showing that Jay was there to support her.

After her performance, she talked about the shots of Jay in the audience. She said, “Well, I have nothing to do with that. I don’t direct where the camera goes.”

Earlier today in Los Angeles, the twosome were seen walking and holding hands.

So we can safely assume that they are back together? It sure looks like it to us! What do you think? Did they ever even break up in the first place? Sound off in the comments and let us know what you think!