Kristin Cavallari Says DWTS Is Not A Dance Competition! 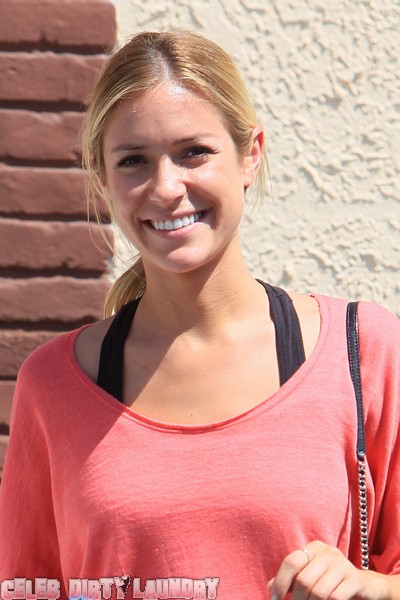 Former Hills reality star Kristin Cavallari was unceremoniously booted from Dancing With The Stars last night, but it appears that was a decision that’s got her miffed about the competition!

It was a bit of a shock to see Kristin in the bottom two, along with Hope Solo, but in the end, one of them had to go. The judges gave their scores and then America voted — and Kristin was the one to get the axe.

After the surprising elimination, she said, “I’m really sad. But. I’d rather go out on top and have people be shocked than have people be like, ‘Thank God she’s leaving, it’s about time.’ It was the best experience I’ve ever had. I could not be happier that I did the show.”

She went on to say, “It is what it is. That’s the thing with Dancing With The Stars, you never know. It’s clearly not a dance competition!”

It was more shocking for us to see Chaz Bono make it through to next week, considering he’s had the lowest scores for two weeks in a row. Kristin said of Chaz, “Chaz is so cute! I think he’s great and he tries so hard, and I loved watching him dance every week. It’s inspiring, and it’s sweet, and I hope he does really well!”

Yes, it’s really cute that Chaz got put through, but we’re really guessing that it happened because Cher promised to come on the show next week. Ugh.

What do you think? Is Kristin miffed that she was cut from the show? Sound off in the comments and let us know your thoughts!