KStew the Best Vampire or Is RPattz just Biased? 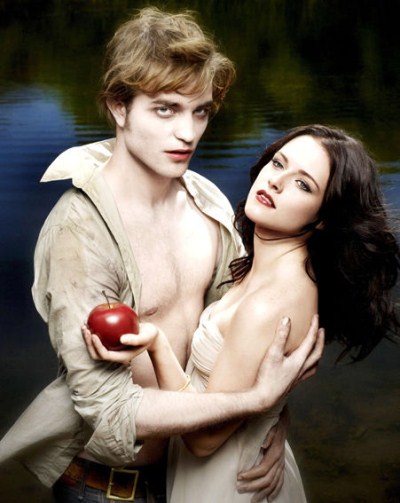 Despite learning tons of tidbits revolving around the highly anticipated Breaking Dawn film, the last installment of the Twilight saga, there’s more juice to reveal!!  One of the films main stars, you might have heard of him – Robert Pattinson a.k.a My Boyfriend, has been busy promoting his new film Water For Elephants, yet still found the time to dish about his Vampire co-stars.

He insists that Breaking Dawn will be different from the previous three, as the plot is ‘outside the box’ and ‘really different’ from what we’ve seen before.  Hmmmm, do tell!  Although RPattz couldn’t reveal too much (despite begging and pleading), he has implied that audiences should expect riskier scenes, with more depth to each character.  Although the film is rated PG-13 for the younger viewers (despite my selfish protests), Rob himself admitted that he finds this hard to believe based on how certain scenes have been filmed and portrayed (and you know what ones I’m talking about…I for one am DYINNNGGG to see how Renesmee’s birth unfolds).

Rob also insists that co-star (and rumored girlfriend) Kristen Stewart, is ‘one bad mamma jamma of a vampire’.  He went on to describe her as ‘the most convincing’ of all the Cullens.  Seriously?  Can this movie please come out RIGHT NOW!

I for one can’t wait to see the transformation of Bella, and I’m sure I’m not alone. Before that happens though – all I’m going to leave you with is this: HONEYMOON SCENE.  Enough said.  Stay tuned…