Kurt Angle To Compete In 2012 Olympics 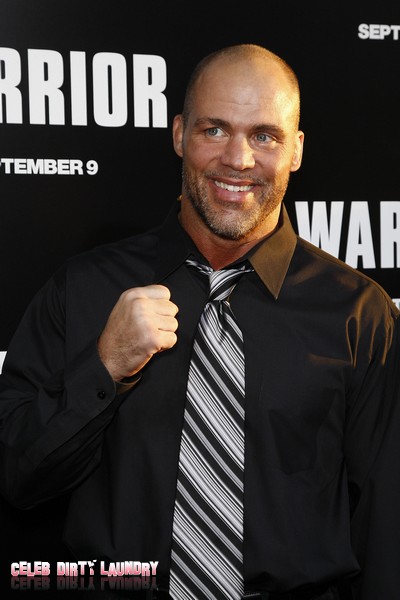 Kurt Angle is a professional wrestling superstar and a successful Hollywood actor who is also on the wrong side of 40. One would assume that this multi-millionaire celeb would not choose to compete as a wrestler in the 2012 Olympic Games. But that would mean that one didn’t know Kurt Angle!

Angle is an American hero – plain and simple – he won a gold medal in the 100kg weight class at the Olympics held in Atlanta in 1996. But that was 15 years ago and before Angle broke his neck! Now the current TNA superstar has confirmed that he has qualified for the Olympic Trials. Angle announced over the weekend that he will also enter another tournament in April.

On Saturday November 26th, Kurt Angle made the following comments via his Twitter page:

“I’m Already Qualified for final Olympic trials In June. But I Will Official Enter Olympic trial Qualifier Tourney in April in Iowa! I’m Ready. A Big thank You to Tna and NYAC, As My Sponsors and Club I Will Represent In Olympic trials! I Will Not Let You Down. GOD Bless.”

Angle has received the full support from TNA to pursue this opportunity and looks to do something that has never been done before in his sport. Kurt is in great shape and looks like he has the potential to make the Olympic team. However, making the team and winning another Olympic medal are two different things. Whether he wins or not, Angle’s journey will be inspirational and should serve to propel his career on an even greater trajectory.