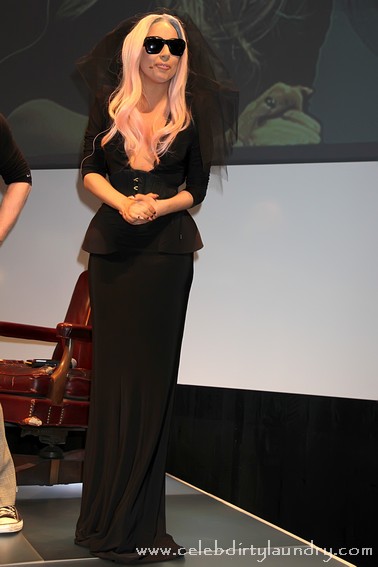 Lady Gaga admits that she smokes marijuana but claims she uses it principally when she is writing new songs.   The lady who hatched from an egg on the Grammys last night feels that “sugar coating” her lifestyle or behaviour and pretending she doesn’t use drugs would be untrue to herself.

In an interview with Anderson Cooper for ’60 Minutes’, she said: “I still smoke a lot of pot when I write music. So I’m not gonna, like, sugar coat it for ’60 Minutes’ that I’m some, like, sober human being, ’cause I’m not.”

Despite admitting her own cannabis use, the 24-year-old singer – who took home three prizes at the Grammy Awards last night says she doesn’t want her younger fans to experiment with illegal substances just because she has.

In the TV interview, she added: “I don’t want to encourage kids to do drugs. But when you asked me about the sociology of fame and what artists do wrong – what artists do wrong is they lie.  And I don’t lie.  I’m not a liar.  I built good will with my fans.  They know who I am.  And I’m just like them in so many ways.”

Lady Gaga has been open about her dug use in the past, and last year admitted she started taking a lot of cocaine after dropping out of a music course at New York University in 2005.

But the singer insisted the drug had a positive effect on her music even if it had a negative effect on her lifestyle.  She said about drug use:  “I really figured out the art I wanted to make and was inspired. Some people find inspiration in dark places. I guess I’m one of them.  What always made me different is that if I was doing drugs I was also making music. I wasn’t just doing drugs.”

So according to Gaga illegal drug use is really a form artistic medication.  Tell that to Charlie Sheen.