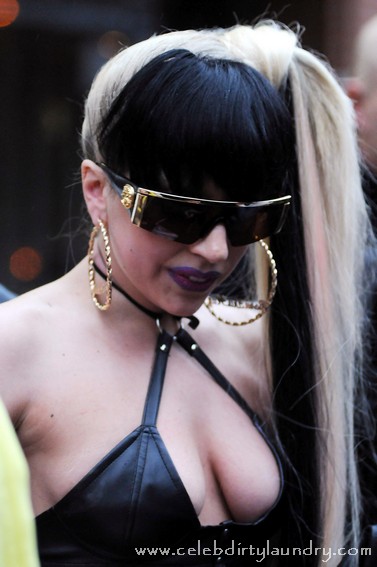 Not a legal threat from Lady Gaga’s lawyers nor an investigation by heath inspectors has been able to halt the sale of an ice cream made from breast milk.  The pop superstar’s lawyers have taken aim at the owners of the Icecreamists store in London’s Covent Garden over the product, named Baby Gaga.

Gaga’s attorneys called the ice cream “nausea-inducing” and alleged the name takes advantage of the singer’s “reputation and good will”.  They also demanded company bosses change the title to prevent the star being associated with a product which “may be unsafe for human consumption.”

Officials from Westminster Council confiscated the Baby Gaga ice cream for a number of quality control tests, but they have now given bosses at Icecreamists the go-ahead to sell the flavour after deeming it perfectly safe.

The council’s food safety manager, Richard Block, tells Britain’s Evening Standard, “We have now received confirmation from the lab that the product did not contain any harmful bacteria or viruses.  Our investigation into the safety of the product is now over.”

Icecreamists owner Matt O’Connor adds, “Breast milk is not dangerous and Westminster Council confiscated our product in the full knowledge that we had done all the proper tests.”   “We are considering taking legal action because this has damaged our reputation.  They should have waited until they got the tests back before saying our product could have been a risk to the public.”

When are the GaGa lemonade and chocolate drops coming out?