Lady Gaga Has A Coke Problem? 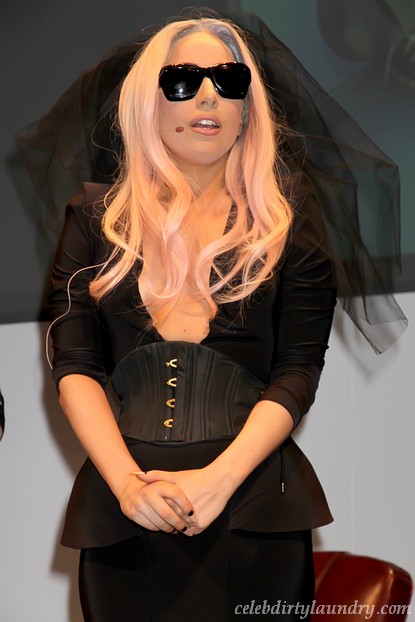 Rumor has it that Lady Gaga is still hanging with the White Lady! So is that where she gets her outrageous fashion sense?!??

During a night off in New York City, Gaga was said to be blitzed out on cocaine, yapping a million miles a minute! A spy on the scene said, “She was totally out of it. She got her shoe caught in a grate, and she fell in the path of a cab that almost ran her over!”

A family friend said that she is teetering near the deep end and that everyone is growing more worried about her as the days go on. The pal said, “She’s getting too heavily into cocaine. Stefani used to be so happy and full of life, but lately I’m shocked by how much she has changed – she has gone completely off the deep end!”

She has previously admitted to doing cocaine on occasion, but it sounds like it has gotten completely out of control. Her friend went on to reveal, “She has this crazy room in her house that’s solely dedicated to getting high and writing songs. She sits with drawing charcoal in there for hours and just writes all over the walls…Then she’ll have people come in and repaint it, and then she’ll start all over again.”

And that’s not all! The friend added, “The idea for her meat costume was the result of a coke-fueled binge that she went on…she thinks doing drugs helps her as an artist, but it’s really gone too far. She needs help now! I told her I was worried about her. And her reaction was to instantly put up a wall and not listen to anybody’s advice. She thinks, ‘I am this big person now.'”

Will Lady Gaga go to rehab next?