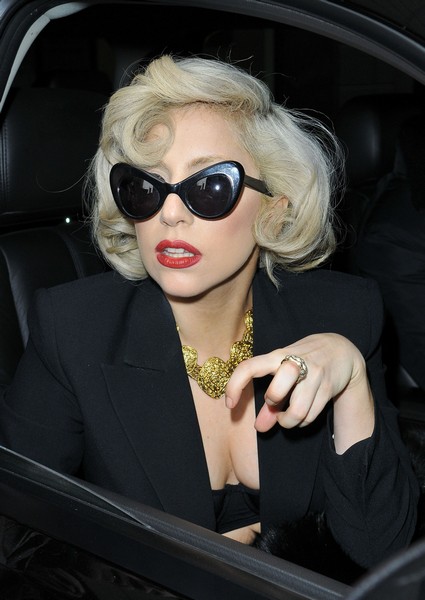 An early Christmas present for Lady Gaga. The Queen of shock is in the running for an Oscar. Not for acting, but for her duet with Elton John from the animated movie Gnomeo and Juliet. Their track ‘Hello, Hello’ could win Best Song at the Academy Awards.

The tune has been longlisted. That means it’s one of 39 recordings eligible to be nominated for Best Song in 2012. We won’t know if it’s made the cut until next month.

Gaga can probably squeeze one more award on the mantlepiece. It’s pretty crowded though – a handful of Grammys, American music Awards and MTV Awards. Not to mention a Primetime Emmy for the HBO concert special filmed at Madison Square Garden.

Her partner in crime is no stranger to the Oscars. Sir Elton cleaned up with the Lion King in 1995. He picked up Best Song for ‘Can You Feel the Love Tonight’. He was also nominated for ‘Hakuna Matata’ and ‘Circle of Life’.

The 25 year old and Mr John have some stiff competition in this category. Also on the list…

The nominations for the 84th annual Academy Awards will be announced on January 24.