Lady Gaga to Mentor Next Week on American Idol 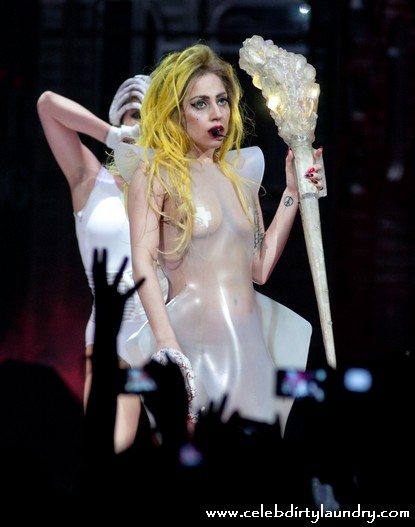 American Idol is down to the final four and things are beginning to heat up as the end is just weeks away.   James Durbin, Scotty McCreery, Lauren Alaina and Haley Reinhart will be competing to be named named the next American Idol. But the most exciting thing next week might not be the tight competition, but the mentor.  Lady Gaga will be appearing on American Idol to offer up advice to the remaining four contestants.

This week the contenders performed Gaga’s song “You and I”. Ryan Seacrest, the famous host of the smash-hit TV show, tweeted last night, “I only have one word for our mentor on @AmericanIdol next week………. Gaga.” This short message is enough to keep us on the edge of our seats anticipating next week’s episodes.

Last week Haley Reinhart performance was a Gaga song. The judges didn’t have very good feedback for her, so it will be interesting to see if Gaga mentions her performance. When Gaga hits the stage on May 11th for the final four show, the singers will be performing songs written by Leiber and Stoller, who are responsible for writing most of Elvis Presley’s hits.

Tune in to Fox on Wednesday, May 11 to see Gaga and the four finalists on next weeks episode of American Idol and if you miss it visit us at Celeb Dirty Laundry for our weekly Idol Recap.