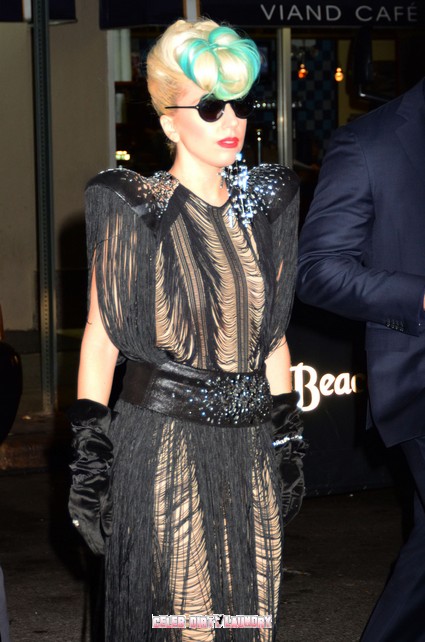 Lady Gaga plans to wear diamond implants in her teeth during Paris Fashion Week. Since the butcher’s counter at the supermarket was closed and Lady Gaga obviously couldn’t rely on glamorous good looks that she doesn’t possess, the ‘Born This Way’ singer has opted to stand out by wearing jewels in her mouth.

Reports are that she will have them put in place in time for the Thierry Mugler fashion show as part of the Fashion Week in Paris at the end of the month.

“She’s still deciding how many to get done. Her dental bill will be as expensive as her jewellery bill,” a source told the British newspaper, ‘The Sun.’

“She’ll be fitted with marquise diamonds,” he said.

Price is no barrier for Lady Gaga who has become a regular money machine and can afford to cover whatever she likes in diamonds. Gaga earned over $90 million in the last year and her earnings are growing faster all of the time.

Will Lady Gaga be inconvenienced by the jewels in her teeth? Rapper Lil Wayne finds that he can’t eat anything solid since he had his teeth diamond-encrusted. Perhaps Lady Gaga could simply have a bone inserted through her nose and leave her teeth alone. Wait! That might interfere with her singing.