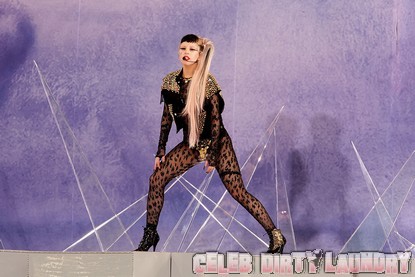 Pop singer Lady Gaga has revealed in a recent interview with Stephen Fry that she went bankrupt during her Monster Ball Tour. Are you surprised?!??

Due to all of the elaborate costumes and changing sets, she claims that she just about went broke. She said, “I put everything in the show and I actually went bankrupt after the first extension of the tour. And it was funny because I didn’t know! I have five number one singles, the Monster Ball’s doing great, and they said, ‘Well, you’re three million in debt.”

I can’t really see how that’s possible, unless there’s a lot more going on in the background than I’ve seen during her concert. She does have an elaborate production of the show and there are many outfit changes and crazy sets and dresses….but THREE MILLION DOLLARS? Wow. Okay.

She put on the show for eighteen months, and did over 200 shows. Gaga also revealed that she bought some priceless things from the money she made during her shows. She said that the things she purchased were “my dad’s heart valve and a Rolls Royce for my parents, for their anniversary.”