Lady Gaga Wore A Prosthetic Penis To The VMAs 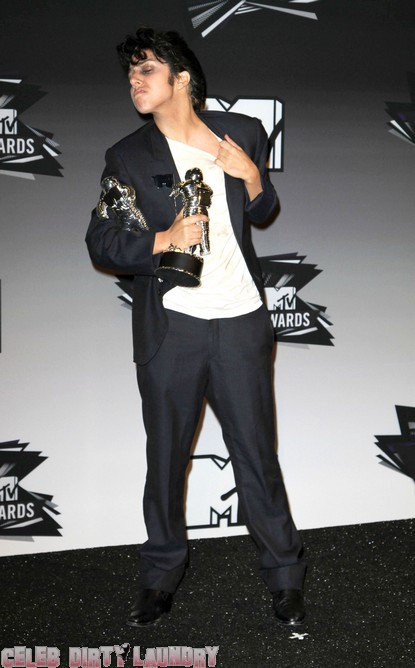 In an effort to be a more outlandish star than she already is, Lady Gaga came to the 2011 MTV Video Music Awards dressed as her alter-ego, Jo Calderone. What’s even worse is that she actually wore a prosthetic penis to complete her transition.

She has been most pretentious in her choices of outfits, so what would really shock us is if she just started wearing normal looking clothes. Seriously. Us Magazine has more:

The “You and I” singer stayed in character throughout the night at the Nokia Theater.

“I am from New Jersey,” Gaga as Jo told Us backstage. ” My family is from Palermo, Sicily and I am not a singer or a model or an actor or anything. I am just a guy.”

Is there anything that she could do to shock you at this point? Or are you just sick and tired of her antics? Do you wish that she would just stick to performing instead of creating her own brand of performance art every time she does a show? Sound off in the comments!