Larry Hagman In a Snit As J.R. Ewing Told To Leave Texas! 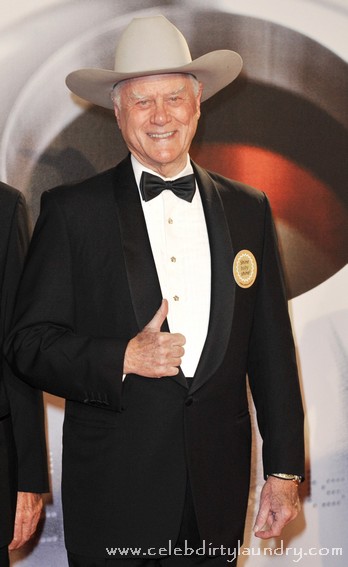 Everybody’s favorite bad guy J.R. Ewing forced out of Texas – well not if Larry Hagman has anything to say about it.  The 79 year old Hagman has agreed to once again play the role of J.R. Ewing, the ruthless and sneaky oil tycoon he played so masterfully in all 13 seasons of the TV hit, Dallas, for a forthcoming re-production of the same.

However Hagman is mighty upset after learning that production execs are scouting new locations outside of his native Texas to film the pilot episode.

Hagman says, “I can’t believe this is even up for discussion. I’d be less than thrilled if it was not shot there. I mean, come on people – it’s called Dallas for a reason.”

The cast and crew of the original series filmed on location in Dallas, as well as in studios in Los Angeles.

I wouldn’t upset J.R. if I could avoid – Hagman WAS ‘Dallas’ – without him it would have never been the blockbuster it was.