Larry King To Reinvent Himself In The Comedy World 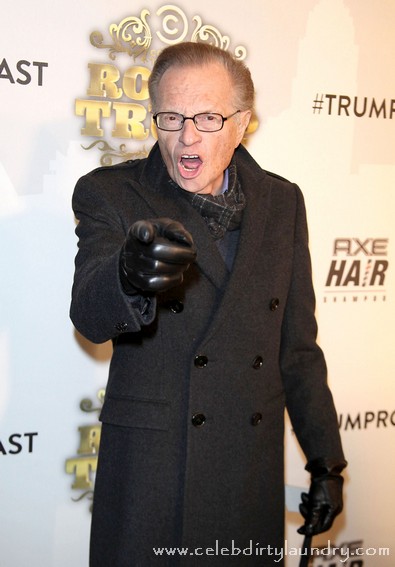 Larry King is making his TV comeback as a contributor to Jon Stewart’s Comedy Central show.  After Larry was wheeled out of CNN last December, replaced by Piers Morgan, Comedy Central declared, with a straight face, “There’s not enough Larry on TV,” and is in early talks with him about being a regular on Stewart’s show.

One source said, “A single conversation has happened.  It’s still extremely preliminary.  He’ll be on every now and again, like Lewis Black.  He’s not joining as a correspondent but a contributor.”  But other sources said King is talking to his close friends as if it’s a done deal.  Stewart was a staunch King supporter in his final days at CNN and even appeared on his final program. Stewart also told him, “You’re the last guy out of a burning building, my friend.”   A Comedy Central rep told us, “We love Larry.”

So apparently does America’s viewing public – adding Larry Stewart’s show will be a boon to Comedy Central – as Larry brings with him a host of new viewers to the network.