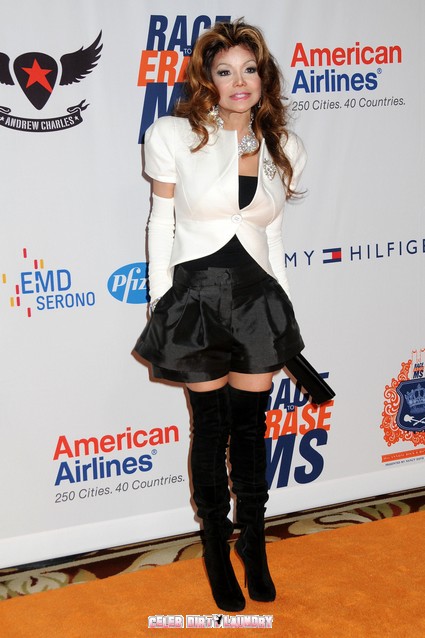 LaToya Jackson claims to have felt her brother Michael Jackson’s presence several times after he died and that she communicates with his ghost by requesting that he blink the lights a certain number of times – and he does!

Michael Jackson passed away on June 25, 2009 and his sister was at his house shortly after his death.  Two years after Michael’s tragic death LaToya Jackson says she has felt her brother Michael’s presence and “it’s a good feeling.”

LaToya says: “I have felt his presence. You feel someone in the room and it’s amazing. It’s a good feeling,” she said, saying that while she didn’t actually see Michael she felt him.

Here is where things really get spooky as LaToya reports: “The lights started blinking off and on and I said ‘Michael is that you?” – Continuing “I said ok, if that’s you I want you to blink the lights a certain amount of times and it happens and it stops and I kind of felt that his presence was still there because I could feel it.”

Do you believe this?