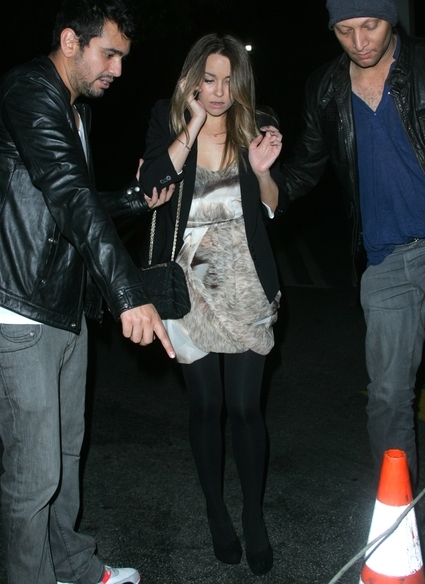 Even though she’s been dealing with her recent break-up from Kyle Howard, Lauren Conrad has finally realized that there are other fish in the sea. And the current fish is hunky Colton Haynes from Teen Wolf.  Nice catch, LC! The two were spotted out in Hollywood together and they even exchanged phone numbers.

“She was into him, and vice versa. They went to a club afterward,” a source said.

But, just because she’s playing the field doesn’t mean she’s totally over her ex-boyfriend of three years. Apparently, Kyle and Lauren talk every single day and may get back together.

Is this a new love triangle brewing? Drama!