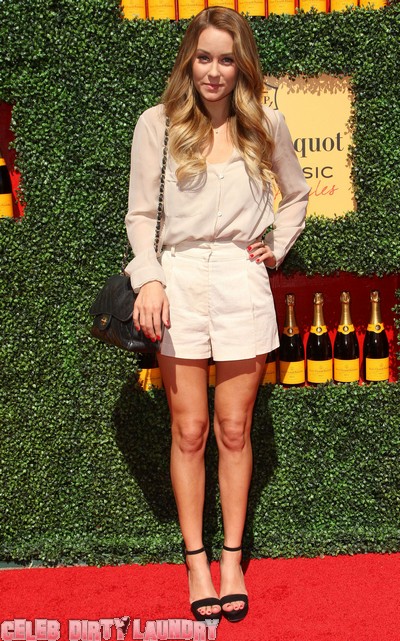 Even though Dancing With The stars pro dancer Derek Hough has said that he needs a woman to take care of him following a recent injury, rumors are heating up that he’s dating Lauren Conrad.

The twosome were spotted at a Hollywood nightclub, kissing on the dance floor, prompting further speculation that they are, in fact, dating.

Last month, they went to a concert together, which started all of the gossip about their relationship. Over the weekend, they were seen together at Trousdale Lounge in Los Angeles.

Reportedly, he put his arm around her waist as they partied together and shared a kiss on the dance floor. It’s kind of hard to deny that!

An eyewitness said, “It was obvious there was a lot of chemistry between the two. She was very smitten. Neither seemed embarrassed about kissing in public.”

What do you think of them as a couple? Do you think she can do better? Sound off in the comments and let us know your thoughts!