Lauren Conrad Signs On For Another Trilogy! 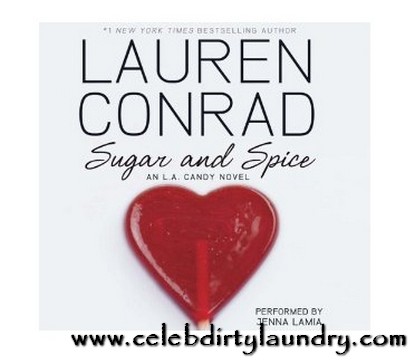 If your copy of “L.A. Candy” has been collecting dust on your bookshelf, it may be time to break it out to refresh yourself because Lauren Conrad just landed herself another three-book deal with HarperCollins.

The reality star/author/designer, whose first three novels made it to the number one spot on the New York Times bestseller list, is planning on following Madison Parker, the manipulative, fame-hungry character from the L.A. Candy series, for the spin-off trilogy, “The Fame Game.”

“We took the mean girl of the L.A. Candy series, spinning her off,” Conrad said. “This series is about a girl who loves everything that fame is, and that’s all she’s ever really wanted. Madison has fun with the press, she enjoys the attention, she welcomes scandal!”

Although Madison may sound alarmingly close to some of Conrad’s former “Hills” co-stars, she swears her characters aren’t based on anyone she knows. “No. We have fun with it! We kind of take Hollywood stereotypes.”