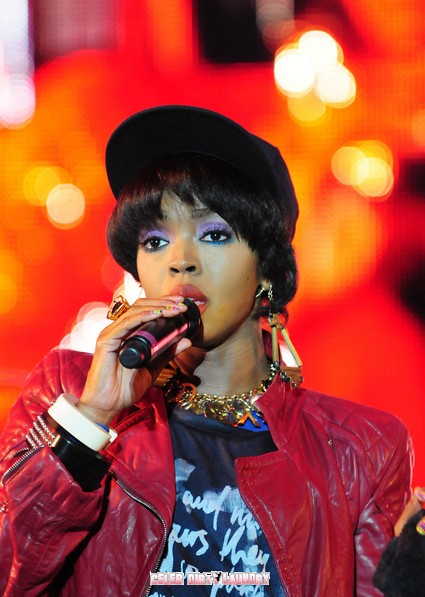 Singer, Lauryn Hill gave birth to her sixth child with Rohan Marley on Saturday after he allegedly called it quits on their relationship two weeks before the birth.  A source close to the family says: “Mother and baby are fine… had a little scare because the baby came out the womb with the umbilical cord wrapped around his neck. All is well now and everyone is happy.”

Rohan Marley was seen out with Brazilian model Isabeli Fontana last week.  Speculation soon started that Rohan and Lauryn’s long-term relationship had started to crumble. The model wrote on her Twitter page: “I’m in love with @Romarley’s heart” and added a picture of the couple together.  In addition to that, Marley started to claim he was not the father of Hill’s baby, he wrote: “Two Things, I’m not married and I don’t have anyone expecting anything”.

However, Rohan changed his mind when he updated his twitter page: “Ms. Hill is the mother of my children, whom I have a tremendous amount of love and respect for. I would never do that.”