Lea Michele And Others Will Be Leaving GLEE After Next Season 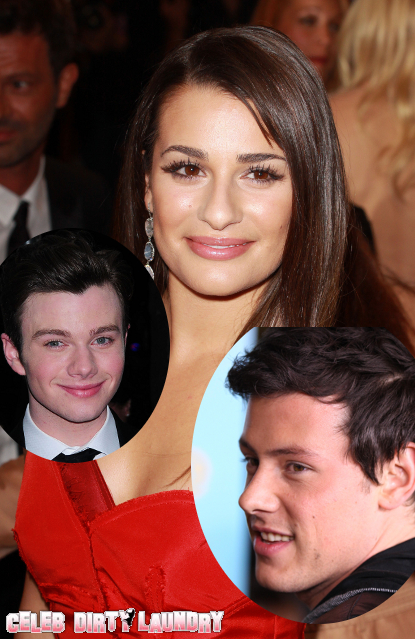 It has recently been confirmed that Glee actors Lea Michele, Christ Colfer, and Cory Monteith will be leaving the show after next season. Finally, they’re graduation is in sight . . . and a few new cast members are on the horizon.

Other characters are also expected to leave the show, but they won’t be revealed until the first episode of the season (Sept. 20th) airs. “We made that decision and I involved Chris and Lea and they thought that was a good idea,” says producer Ryan Murphy. “They both trust the writing and trust me and felt that it would be great to have an open and closed experience for them to go out while they were on top.”

Murphy says they’re “graduating” the actors so as to maintain the integrity of the show. The only problem . . . are we all willing to endure the struggles/angst/etc. of a new cast of characters? How do you feel about this issue?