Lea Michele Is Not Really Acting On Glee 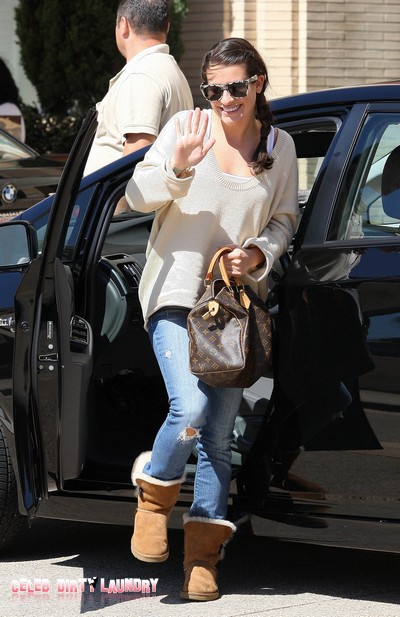 Lea Michele shares so much with the character that she plays on ‘Glee’ that she says she is really not acting when she films the show. Lea and Rachel Berry share much more in common than is typical for an actress and the character she plays.

Since Lea has played Rachel in the musical TV show about a school singing club – she finds that following her dreams of becoming a Broadway star before landing a part on the series has helped her to understand her character’s drive.

She said: “I think we share more characteristics with our on-screen roles than we are willing to admit sometimes. I am a big Streisand fan, I come from Broadway and I love performing on stage, very similar to Rachel.  But not only that, I understand her drive.”

Lea is also very proud of how she has been able to resist strongly peer pressure off-screen, which one of the things she can most relate to about Rachel.

In an interview with The Independent newspaper, she added: “I knew what I wanted to be and I didn’t let other people influence me or change who I was to fit a certain mould. Like getting a nose job, for example. I didn’t want to get a nose job, because other people said you should, because everyone else in my high school was doing it, and that’s what I love most about Rachel and what I can relate to.”

This simpatico between Lea and Rachel makes sense – when an actress does such a fine job it is likely that she has much in common with the character she plays.

Do you believe that the best job is done when the actress really understands her character? Let us know in the comments below.