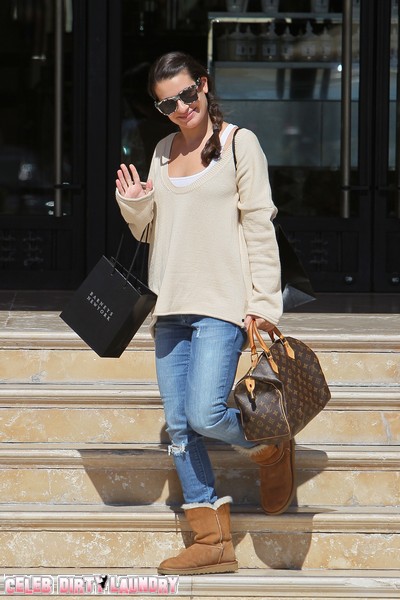 Lea Michele says Ashton Kutcher is a great guy and full of pranks and practical jokes – like being undressed when he wasn’t supposed to be in order to surpise her!

Lea of ‘Glee’ and Broadway actor Theo Stockman ended their 22-month romance in September but the brunette beauty – who is best known for playing Rachel Berry in the musical drama series – insists they are still on good terms even though Lea is now close friends with Ashton.

She said: “I’m having a great time. I feel like they say ‘You lose a boyfriend and you gain a best friend’ and that’s really my situation exactly.”

Lea recently got close to Ashton Kutcher when they filmed forthcoming movie ‘New Year’s Eve’ and she revealed the former ‘Punk’d’ star played a prank on her which meant she saw more than she expected from him, but she wasn’t upset by his behaviour.

She told E! News: “He really takes everything so seriously, but then he would also make me laugh so hard and play pranks on me. One day, I opened up a door and he was supposed to be there fully clothed and he wasn’t. That was awesome.”

Perhaps Lea should watch out for Demi Moore who is definitely somewhat less enchanted with Ashton these days than is she.