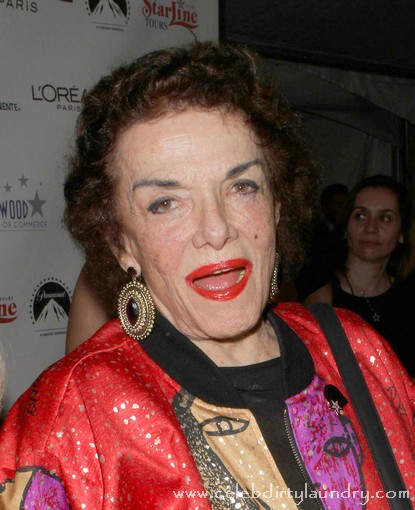 World War II sex symbol Jane Russell died at her Californian home from a respiratory-related illness on Monday February 28th, 2011 her daughter-in-law Etta Waterfield confirmed.  Jane was the star of the classic movie ‘Gentlemen Prefer Blondes’ and was a huge star in the 40’s and 50’s.

Etta said: “She always said, ‘I’m going to die in the saddle, I’m not going to sit at home and become an old womam.’ And that’s exactly what she did, she died in the saddle.”