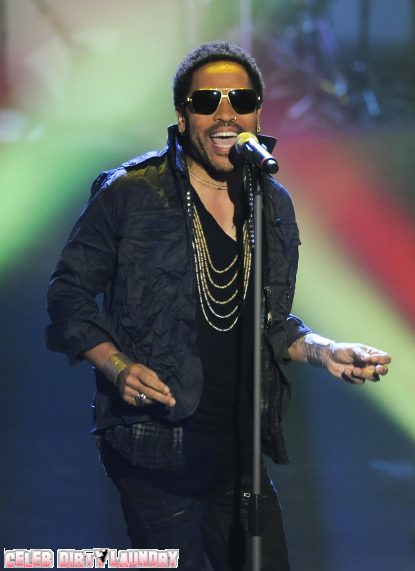 There are no two ways about it . . . Lenny Kravitz just oozes cool. In his latest venture, the Paris-based Japanese delivery service, Sushi Shop, has tapped the mega rocker’s New York design firm, Kravitz Design Inc., to develop the first take out boxes for the US branch of the resto-chain.

The limited edition, sleek black and white boxes are tagged with the red graffiti style slogan “Raw like New York.” Sushi Shop is set to open its Madison Avenue location in February 2012.

According to NYdailynews.com, Kravitz was chosen by the restaurant chain for his connection to both Paris and NY.   Last week, the 47 year-old was inducted into France’s Legion of Honor for breaking down racial barriers with his music. Kravitz started up his design firm back in 2003 specializing in residential design and product branding.

Lenny spoke to Ellen DeGeneres earlier this week  about splitting his time between his home in Paris and his Airstream trailer on a beach in the Bahamas, complete with an onsite recording studio. Talk about cool…

Kravitz is scheduled to appear on an upcoming episode of Piers Morgan Tonight.  Morgan tweeted earlier this afternoon “Just seen @LennyKravitz in the green room. To say he’s ‘relaxed’ about which of us is coolest is the understatement of the Millennium”

If that’s not enough, Lenny has just released a new album, Black and White America, after a three year hiatus. He’s also slated to appear in the highly anticipated Hunger Games as Cinna due out March 23.