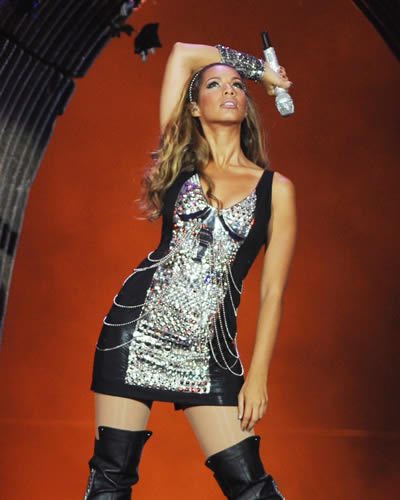 Just days after releasing her latest single ‘Collide‘, Leona Lewis was informed that her cousin, Adrian Henry had been jailed for breaking into the Omega Sauna on Kentish Town Road in Camden, London with two friends back in 2009.

Both defendants and Adrian pleaded guilty to five charges of robbery and possession of firearms; their sentences were not revealed for the public’s protection.   It is believed however that their sentences were a minimum of ten years for deep mental and psychological wounds caused to victims who were present at the Sauna.

Adrian had  already served 12 years in a young offenders institution for taking part in a gang rape when he was just 14 years old. Judge Clarke says it was almost impossible not to take into account the gang rape crime when deciding Henry’s fate for his latest incident.