Levi Johnston Writing Tell All Expose On The Palin Clan 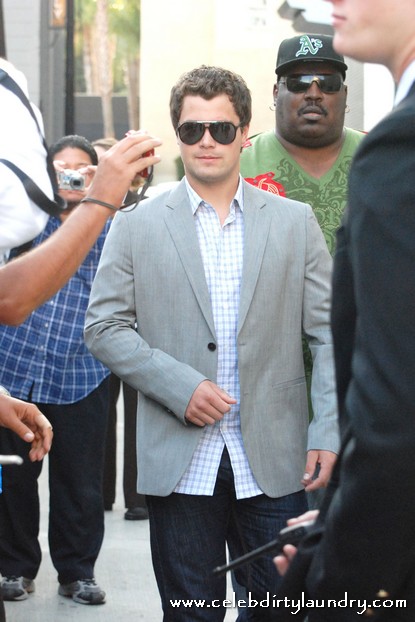 The father of Sarah Palin‘s grandson, Tripp, Levi Johnston is penning a tell-all book that will reveal his side of his contentious relationship with the former Vice Presidential candidate and her family.

The book, titled “Deer in the Headlights: My Life in Sarah Palin’s Crosshairs,” will be released this fall by Touchstone Publishing.  In a statement released by Touchstone, “I want to tell the truth about my close relationship with the Palins … My sense of Sarah and my perplexing fall from grace – how I feel and what I’ve learned.”

Johnston first came into the limelight in August 2008, when it was revealed that Palin’s daughter, Bristol – then 17 – was pregnant with his child.
Johnston and Bristol’s on-again, off-again relationship has included two cancelled engagements and many public battles between himself and the Palin clan.

Johnston, a high-school dropout, currently plans to run for mayor of Wasilla, Alaska in the city’s November 2011 election.  Johnston says that he is writing the book for all of us – not simply to make money.  “I’m doing this for me, for my boy Tripp and for the country,” Johnston says in the statement.

For the country?  When Levi Johnston posed for Playgirl did he do that for the country as well?  What a patriot!