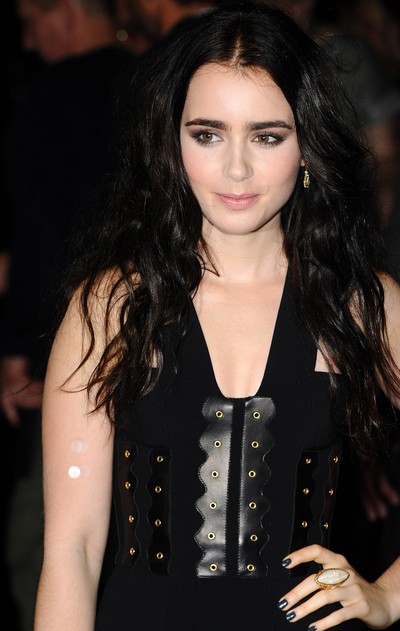 Lily Collins doesnt take for granted the fact that she was cast in her ‘dream role’ alongside Julia Roberts and Nathan Lane in Tarsem Singh’s adaptation of the classic fairytale Snow White.  Lily, 22 – AND the daughter of singer Phil Collins – is coming off the hype of promoting Abduction, which also co-starred Twilight’s Taylor Lautner. Her jump to lead in the film was quite the accomplishment for the young starlet.

“It was a complete dream come true. I pinched myself every day. It was crazy and I loved every second,” she said.

“It’s a weird thought that you’re the character the whole story is about. Being the first on the call sheet is a weird concept. I’m the one who saves the call sheets because I’m never going to be No.1 again,” she revealed.

It will be interesting to see this adaptation – Kristen Stewart is currently in England filming another version, Snow White and the Hunstman with Charlize Theron playing Julia’s role of the Queen. It’s safe to say which one I’ll be liking more. That’s a given. Check out these latest pics of Lily and Julia in costume.