Lindsay Lohan Back On The Bottle! Bottle Of Tea, That Is. 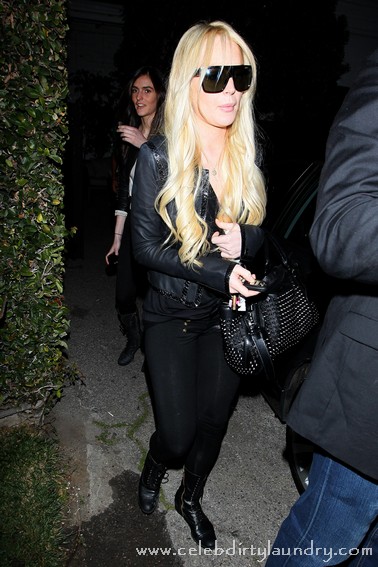 Lindsay Lohan’s probation report says she’s been drinking fermented tea that contains alcohol and even though the tea has but a trace of alcohol, less than 0.5%, the L.A. County Probation Department is using it to try to jail Lindsay.

Sources familiar with the report say Lindsay admitted to to her probation officer that she was drinking Kombucha tea, which has an alcohol content of 0.5% or less.  The officer duly noted this heinous offence on Lindsay’s report and now the L.A. County Probation Department has added it to the list of reasons why the judge should violate her probation and send her to jail.

Lindsay is so determined to piss off the powers that be that she actually left one of her alcohol education classes clutching a bottle of Kombucha.

Whether Lindsay is just ‘TROUBLE’ with the letters transposed, unlucky, or the object of a conspiracy to see her in jail, the girl just can’t seem to catch a break these days.  Mel Gibson punches out Okasana Grigorieva, admits doing so on tape, and walks away as free as a bird.  Lindsay Lohan drinks a tea and they want to incarcerate her.   Where is the justice?