Lindsay Lohan Claims She Is The Victim – Again 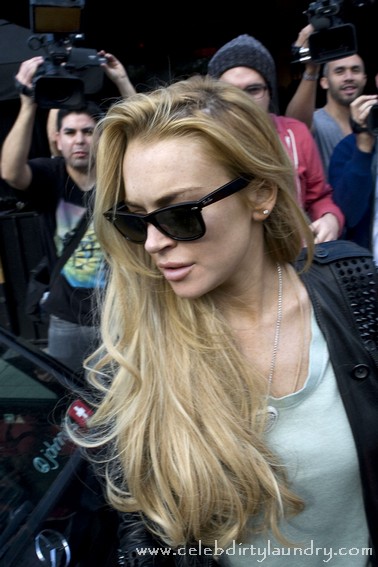 Lindsay Lohan believes that the felony grand theft charge she will face for stealing a $2500 necklace is just another example of how she is nothing but an easy target for people looking to do her harm and destroy her!

Lindsay will be charged with felony grand theft as early as Monday for allegedly stealing a $2,500 necklace from a Venice, CA jewelry store.

Sources connected with Lindsay revealed that she said: “People just don’t believe me and know I’m in a vulnerable position.”  Lindsay thinks the jewelry store owner is making the whole story up about her stealing the necklace just to make trouble for her.  Lindsay still insists that the necklace was on loan to her.

To make matters worse Lindsay is “extremely nervous” about the prospect of going back to jail.  Lindsay says “Nothing is worth going back.”  Although Lindsay thinks she can be sentenced to jail for the theft of the necklace, in fact the sentence could be to send her to the harsher State Prison.

The jewellery store people are unlikely to have concocted the story about Lindsay stealing the necklace because that would make them criminals themselves and vulnerable to serious penalties – also what do they have to gain by this?  Are they planning to market the necklace as ‘be the first on your block to own the necklace that Lindsay stole?’