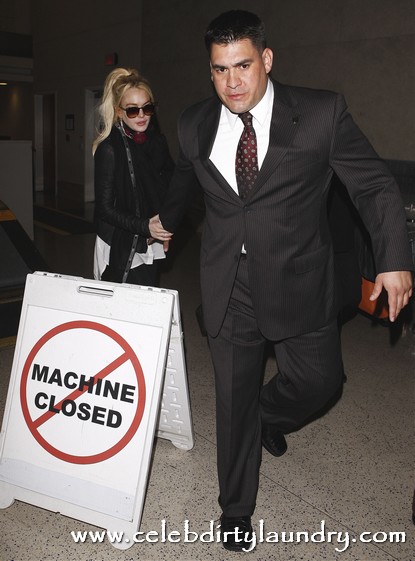 Lindsay Lohan is using the services of Alberto Alvarez who is Michael Jackson’s former bodyguard.  Lindsay has a long running feud with the paparazzi – seeking restraining orders against them in the past and claiming that their dangerous and incessant pursuit of her was the root cause of car accidents and other problems.

Well now Lindsay has been telling friends she’s impressed by the way Alberto handled MJ’s security.  Sources close to the starlet say that Alvarez and Lindsay have a mutual friend who contacted Lindsay after seeing the paparazzi crush that surrounded her last week at New York’s JFK Airport.

LiLo’s friend wanted to to make sure she was safe and so he recommended Alvarez as a bodyguard to help the actress out when she travels.  The thinking was that because he racked up tons of experience fending off crowds during his time with MJ he would be well suited for this job.

So far Lindsay thinks Alberto does his job “expertly” and she plans to continue using him in high paparazzi situations.