Lindsay Lohan Has a Stalker, Still! 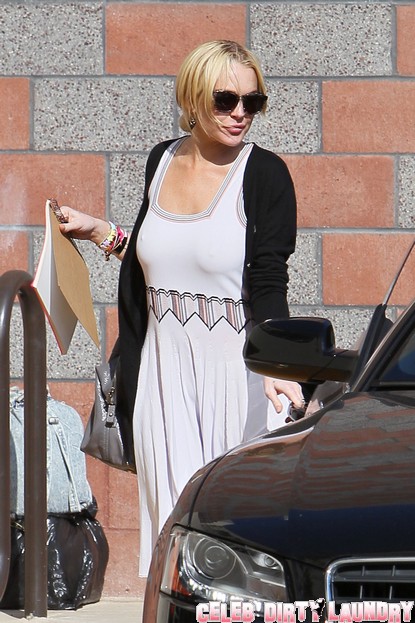 Lindsay Lohan is being stalked. Still.   Apparently, the troubled actress has been trying to dodge this creepy man for a few years now–four to be exact.  Lindsay says (as reported by our friends over at TMZ),  “This is the Freemason stalker that has been threatening to kill me! He’s started trespassing. I’m SCARED now. . .”

Now, I’m still a dedicated Lindsay fan, but honestly, sweetheart, how can you visually identify a Freemason?

Lindsay has unleashed a desperate plea to all her fans (don’t be mean . . . poor LiLo still has a faithful following) asking that they stand by her in her time of struggle. Lindsay says he-who-cannot-be-identified (Harry Potter reference in light of the awesome new trailer – check it out below) has started sending her crazy and creepy text messages. That doesn’t sound fun.

Now, we here at Celebrity Dirty Laundry aren’t world class private investigators, but the picture provided by TMZ of the alleged stalker doesn’t appear all that “stalker-ish.” He sort of just looks like, well, her gardener.