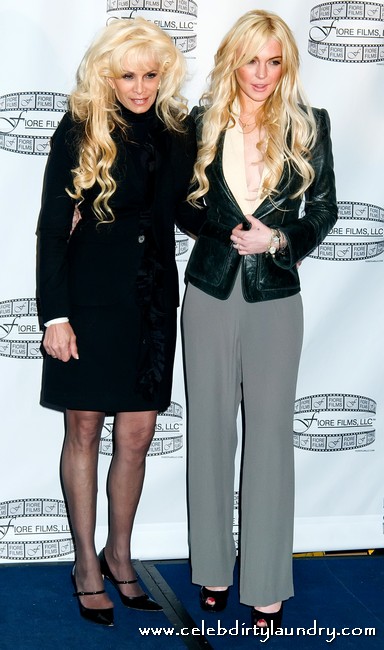 Lindsay Lohan was rumored to be a ‘shoe-in’ for a role in “Gotti: Three Generations.”  It was even said that Victoria Gotti had insisted that Lindsay Lohan get the role of playing her in the new production about her father, John Gotti.   Apparently, it is all over but the crying for Lindsay it seems her management team was impossible to deal with so they have decided to pass on Lindsay.

TMZ has more, Executive Producer Mark Fiore tells TMZ … he has ended negotiations with Lindsay’s team because, “It just didn’t work for me.” Money was an issue, but the various demands of her management team just got out of control.

Fiore wanted Lindsay to play Victoria Gotti, but says “I will only ride a merry-go-round with my kids,” suggesting Lindsay’s team was just too tough to deal with.  But this is interesting.  Fiore tells us the door has not been slammed shut:  “Maybe if Lindsay calls me up, we can talk about it.”

This is a huge loss for Lindsay much more than for the movie.  I can only imagine how bad it must have been to deal with Lindsay’s people (Dina Lohan?)- these people are use to deal with difficult people, Lindsay’s must have been impossible.  The opportunity to play alongside John Travolta would have been a career boost for her.  If I were Lindsay with her trainwreck life I would have played the role for free.  It is not like they are breaking down her door with great roles.