Lindsay Lohan Headed Back To Court For Not Paying Photographer 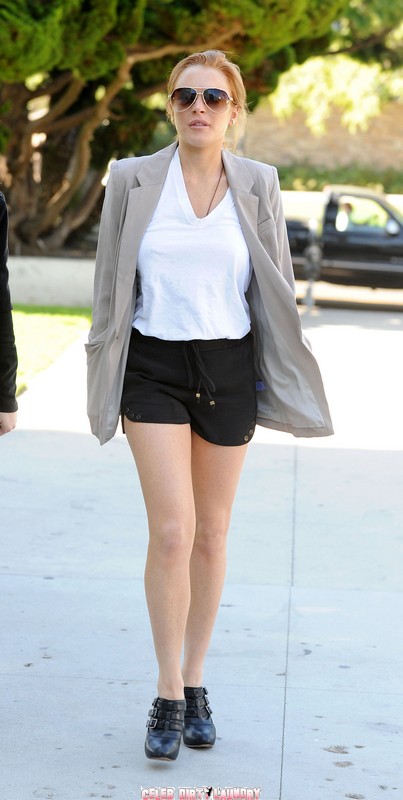 A photographer who settled a lawsuit with Lindsay Lohan last year is taking the case back to court because Lindsay refuses to pay up.   Lindsay is currently doing hard time  trapped in the confines of her townhouse near the beach.

The ‘Mean Girls’ star was sued by photog Scott Nathan in April 2010 over allegations she owed him money for a series of promotional pictures he took for her 6126 fashion line.   The case was settled for an undisclosed sum last December, while Lohan was serving a court-ordered three-month stint in rehab, but Nathan claims he has yet to receive any money.

The photographer filed court documents in California last week alleging payments were due to start in March and he is now hoping a judge will force Lohan to honour the settlement agreement.  A representative for Lohan says, “We don’t comment on any pending legal situations with third parties.”

This is just so typical of Lindsay Lohan – always trying to screw people, dishonest and deceitful to the end.