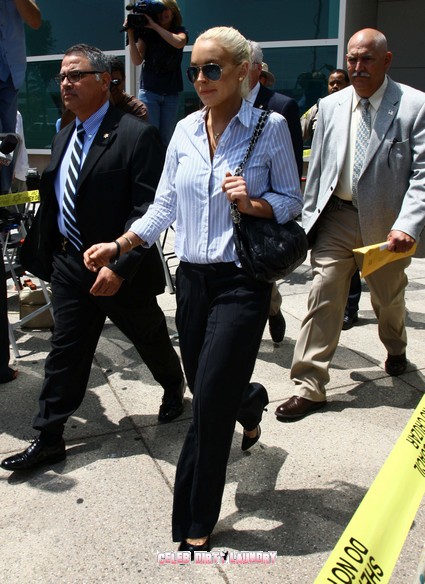 Judge Stephanie Sautner has ordered Lindsay Lohan, 25,  back to court tomorrow, July 20th, 2011.  Will there be more Lindsay drama tomorrow – what would life be without hearing the shenanigans she is up too?  Seriously thought the Judge wants a progress report on how Lindsay is doing.

Radar online has more: “The City Attorney has raised concerns about Lindsay’s probation, which will be discussed in court tomorrow. The City Attorney asked Judge Sautner to order Lindsay to appear.”

A spokesperson for Lindsay confirmed she will indeed be in court tomorrow at the LAX Airport Courthouse but did not say why.   The thing is generally people are not required to go to a progress report meeting unless there is a problem.  Maybe considering Lindsay’s less than stellar track record the judge wanted to make sure she is okay.    Or maybe she has done something else.