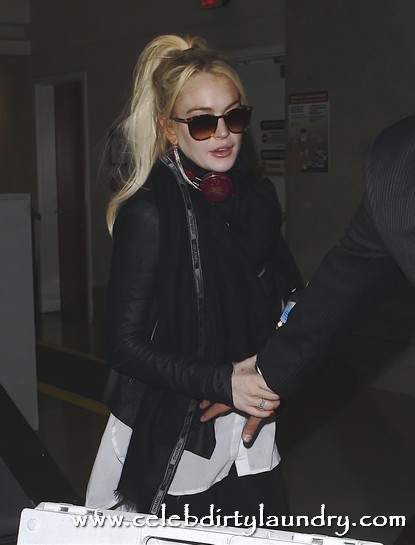 Lindsay Lohan’s on the verge of signing her first big contract since rehab – in fact the actress is in “final talks” to play John Gotti’s daughter Victoria in the upcoming biopic about the mafioso’s life.

This is a serious big budget production – so far $75 million is the figure.

John Travolta is currently working out a deal to play John Gotti himself.  And guess who is slated to play Gotti’s daughter-in-law Kim, none other than Kim Kardashian.

Kim Kardashian is not a ‘real’ actress – her role in Disaster Movie (2008), for which she was nominated a Razzie for Worst Supporting Actress in 2009 – should warn anyone thinking of making a good movie away from hiring Kim.

Anyway – good for Lindsay – maybe with this contract signed she can start paying when she shops.