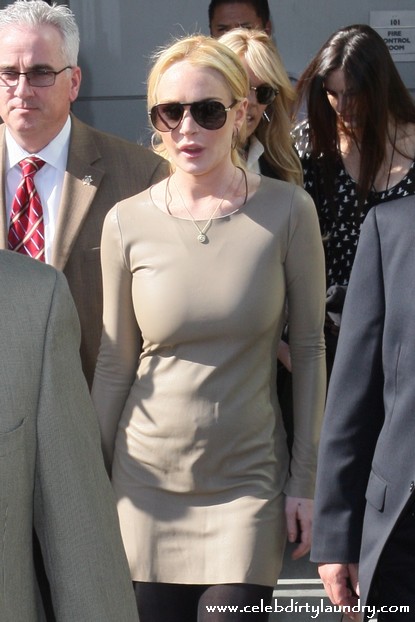 Scientology wants Lindsay Lohan – they want to clean her up, make her career blossom, and of course grab a big piece of her dough.   And who better than loony long-time Scientologist John Travolta to introduced his ‘Gotti: Three Generations’ co-star Lindsay Lohan to Scientology?

John Travolta who is a devout follower of the insanely bizarre (these freaks believe that Xena, the dictator of the galaxy, brought his people to earth 75 million years ago in DC8’s and then blew them up with hydrogen bombs placed in volcanoes) has suggested the troubled star should give the ‘religion’ a try in the hope it will get her career and life back on track.

John is believed to have given the 24-year-old actress the advice after the pair both signed on to play lead roles in new mobster movie ‘Gotti: Three Generations’, and the ‘Saturday Night Fever’ star told producers he would take Lindsay “under his wing.”

An insider told the National Enquirer magazine: “Even though producers were hesitant to hire Lindsay because of her troubled past. Travolta assured them he’d take her under his wing.  He feels confident he’ll be able to keep her on the straight and narrow now and forever.”

Lindsay who is to begin her court-ordered community service next week has reportedly promised John she will attend a Church of Scientology induction course. What can she take home from there?

The source added: “John introduced Lindsay to one of the church’s top counselors and even though she’s been cast in a new role and won’t play the star’s daughter in the flick she’s assured him she’ll still attend the series of induction classes that will make her a Scientologist.”

Oh boy, even the mind-bending Scientology freaks will have their hands full with Lindsay. But imagine if they do manage to brainwash her and get her on board their cult? What a coup that will be for the cultural descendants of L. Ron Hubbard – the sci-fi writer and creator of Scientology.

Frankly, I think Lindsay would be better off with her crazy dad Michael Lohan as her guru than getting hooked up with Scientology.