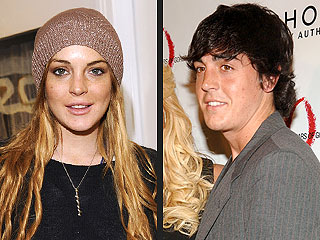 Lindsay Lohan’s younger brother, Michael Jr. Lohan,  plans on following her lead by stepping into the entertainment industry and even has a movie in the works, according to their mother, Dina.

“Her brother wants to go back to acting now,” Dina said about Michael Jr., who is just one year younger than Lindsay.

“We’re working on a movie for him, and I am the executive producer and director, with Michael being the star.”  Linday’s reaction to all this was predictable  – “Lindsay said: ‘He better not win an Academy Award before me!'” Dina said  Michael’s movie is about college students, one of which grows defiant and is a heroin addict.”  The film is expected to go into preproduction this month, and Dina said they’re hoping to begin shooting by March.  “We are actively working with investors now,”  Dina said.

One thing we will say – there is scant risk of Michael Jr. winning any awards acting in a film produced and directed by Dina Lohan!