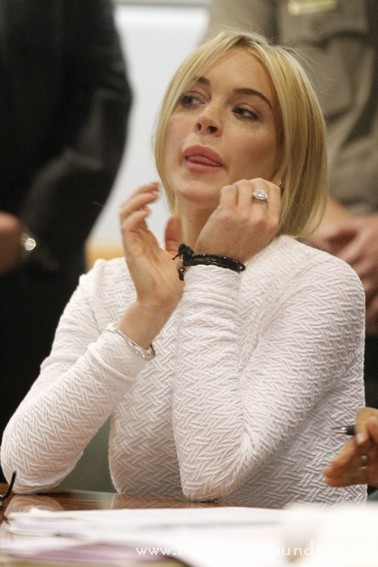 While centered around her life in the fast lane, a few of the jokes even poked fun at the recent accusations Lohan stole a $2,500 necklace from a Southern California jeweler.

Among the answers given: she says she needed the necklace because it matches her alcohol monitor; she’s addicted to lip balm; she wants to be remembered as the girl who stolen American’s heart — and valuables; and she refuses to sober up until Jennifer Aniston finds a husband.

The recovering and much beleaguered Lindsay will present the list to David via satellite feed from her native Los Angeles.

While everything is fun and games in Letterman’s world Lindsay is facing jail or prison time for the necklace theft.