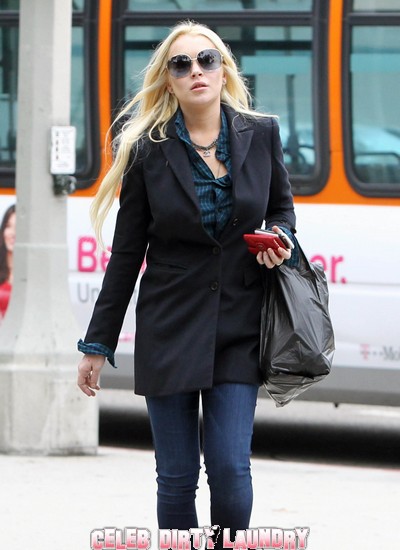 Dr. Drew and his guests recently weighed in on Lindsay Lohan’s ongoing court battle. Lohan was taken into police custody on Wednesday after an LA judge revoked her probation. Yet the star was quickly set free after she posted $100,000 bail. Here’s what they had to say:

Legal Editor for Radaronline.com Jen Heger took a unique stance on the star’s battle and firmly believes that she needs guidance rather than reprimanding:

“I believe that her failure to comply with the court’s orders is essentially a cry for help. Judge Sautner said to her today, ‘you know, Lindsay, from what I hear, you’re an actress. Are you? You’re a supposed actress?’ That’s very sad for the judge to publicly say that to her.”

Dr. Drew went as far as blaming irresponsible doctors who would rather make money than say ‘No’ to a celebrity.

“It’s a Michael Jackson story all over again, and it happens all the time with celebrities,” Drew said. “I’m here screaming about it every night.”

Dr. Drew asked if Lohan completely understands what the allegations are against her to which former LA County Deputy District Attorney Danette Meyers replied:

“Unfortunately, it could be a combination of both. The last time I had the case, I was hoping that she would follow the court’s instructions. Judge Sautner gave her a break. This wasn’t the kind of case you give a person a break on. She didn’t need a break. What she needed was someone to really catch her attention and say ‘get yourself together. You have a lot going for you. Get it together before you kill yourself.'”